Transatlantic Alliances in a New Era 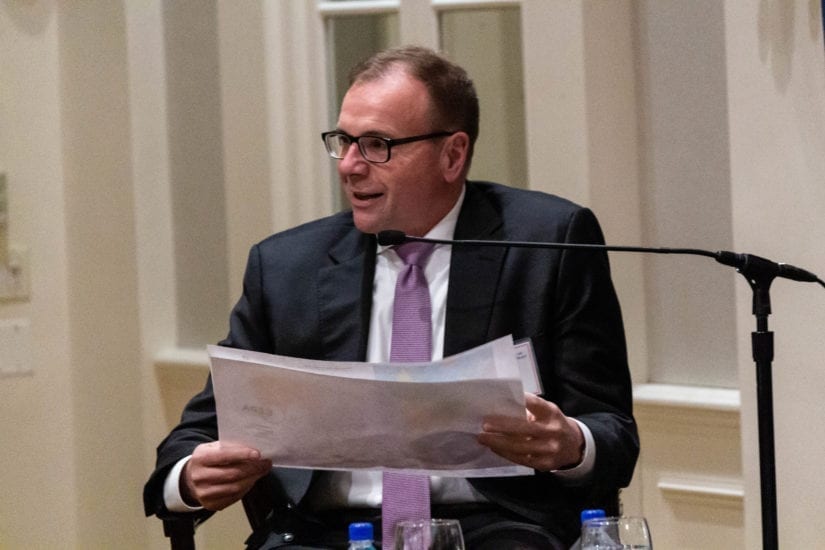 LTG (ret.) Hodges references a map for the audience

April 23 saw the NCAFP host a high-level panel to discuss Transatlantic Alliances in a New Era: Managing Security Cooperation in Europe.  Moderated by NCAFP President Susan M. Elliott, the panel featured LTG (ret.) Ben Hodges, former commander of U.S. Army Europe, and Ambassadors Milica Pejanovic-Djurisic and Andrejs Pildegovics of Montenegro and Latvia, respectively.  Given the panelists' extensive backgrounds in security cooperation in Europe, the panel proved to be a lively one.

The conversation traversed several subject areas, but focused primarily on concerns about Russia and China, and burden-sharing in NATO.  The panelists shared concerns about expanding Russian disinformation campaigns and interference in the democratic processes of European countries.  Regarding China, its purchase of a controlling interest in the Greek port of Piraeus elevates concerns about the economic impact of China on European security.  If it can exert pressure on Greece and other European countries to make decisions favorable to its interests, long-term security issues come into play. 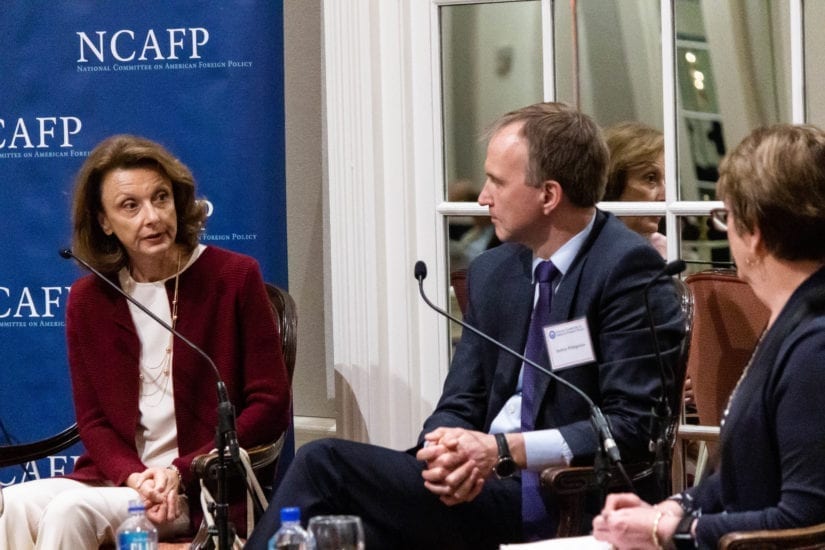 Conversations about burden sharing in NATO are often more complex than they are given credit for.  The panelists pointed out that many members of the alliance are successfully moving toward the 2% defense spending threshold often held as the alliance standard.  However, they offered that the 2% figure is perhaps not the most well-rounded way of compelling deeper involvement and investment in the alliance and collective defense.  Rather, helping nations to specialize in certain areas of defense, or viewing defense spending in a context beyond that of GDP might reveal, more accurately, investment in the future of the alliance and collective security in Europe.