The U.S., Iran, and Shifting Dynamics in the Gulf

Home In The News The U.S., Iran, and Shifting Dynamics in the Gulf 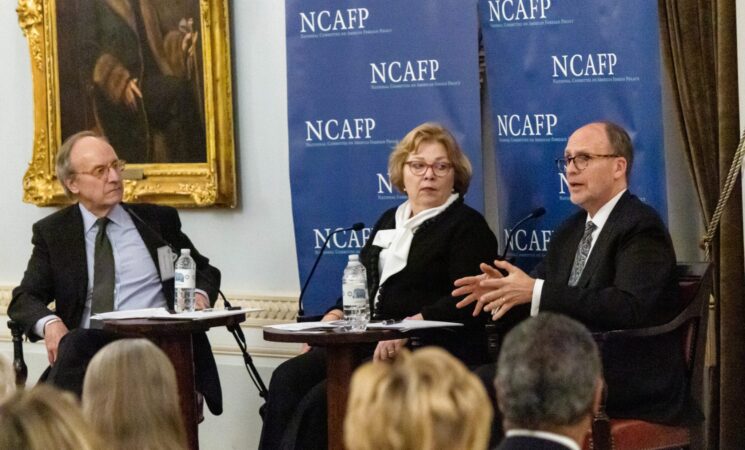 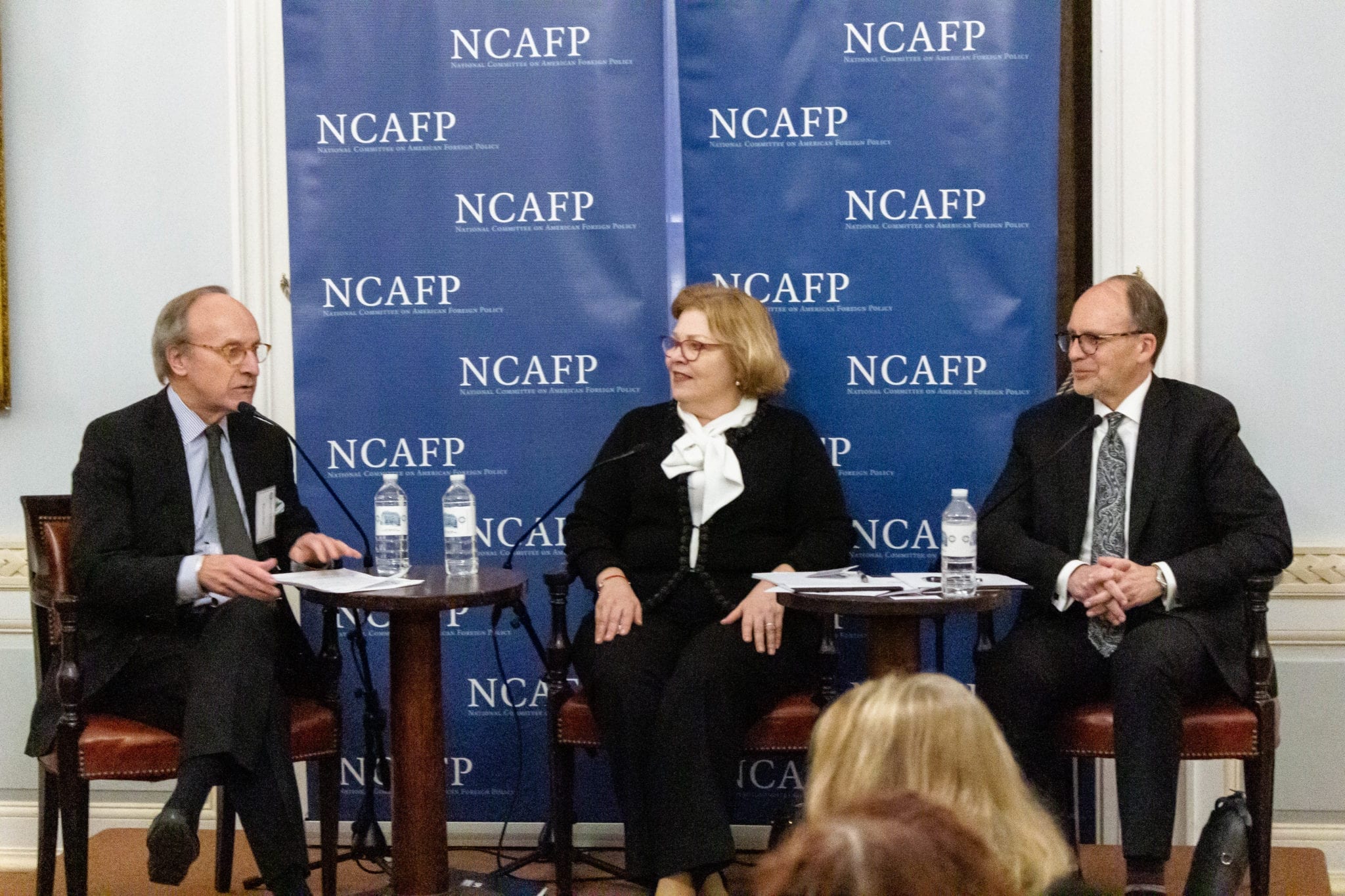 On March 6, the National Committee on American Foreign Policy (NCAFP) hosted a panel discussion on the U.S. and evolving relations with both allies and adversaries the Gulf region. The panel included Barbara A. Leaf, the Ruth and Sid Lapidus Fellow & Director of the Geduld Program on Arab Politics at the Washington Institute for Near East Policy and former U.S. Ambassador to the United Arab Emirates, as well as Douglas A. Silliman, President of the Arab Gulf States Institute in Washington and former U.S. Ambassador to Iraq and Kuwait. Warren Hoge, Senior Adviser for External Relations at the International Peace Institute, moderated the panel. 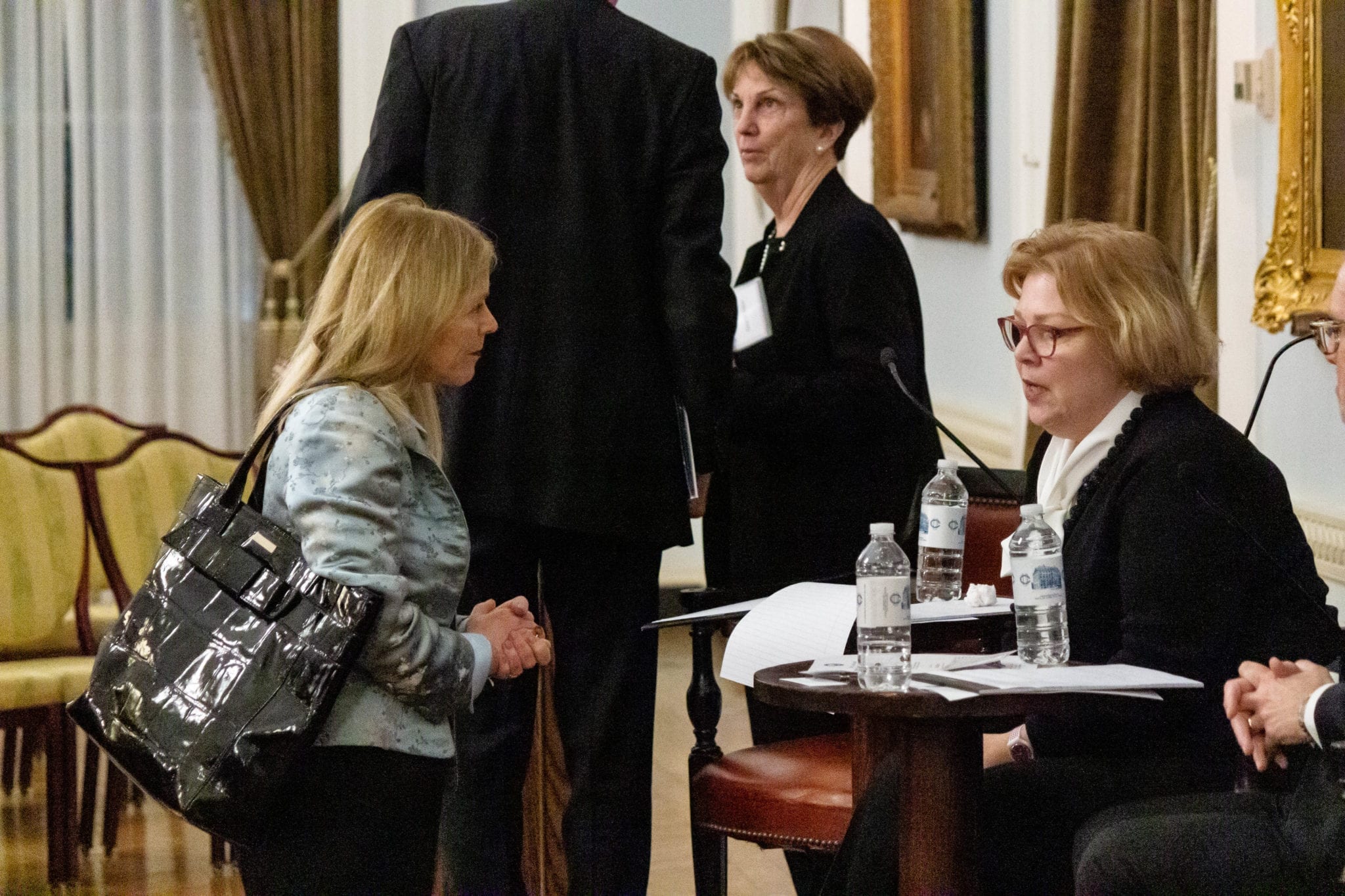 The panelists engage with audience members after the discussion

Ambassadors Leaf and Silliman offered their thoughts on the state of relations between the U.S., Iran, and the Gulf states, in the aftermath of General Qasem Soleimani's assassination in January of this year.  Their varied experiences, informed by time spent in many Gulf nations and at the center of American policy discussions, brought nuance and rich understanding to an often challenging set of issues.

A Q&A session followed the panel discussion, in which attendees asked a series of questions related to Iran's recent elections, its increasingly strained relations with Saudi Arabia, and the country's handling of COVID-19.