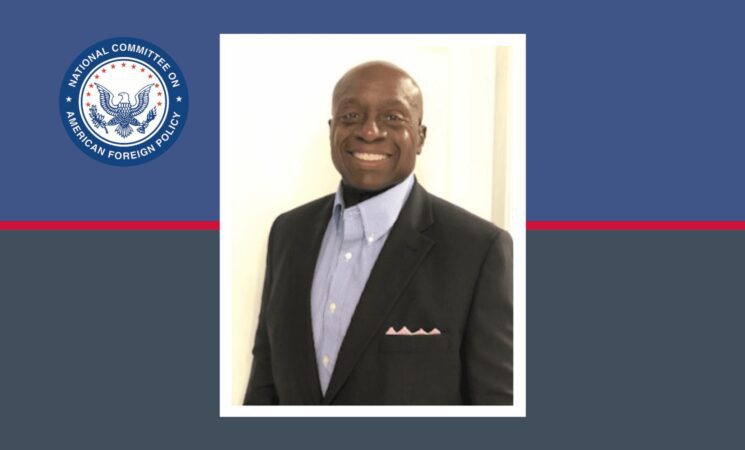 NEW YORK, JUNE 17, 2021 — The National Committee on American Foreign Policy (NCAFP) President and CEO Susan M. Elliott, and Chairman, Jeffrey R. Shafer, announced today the appointment of The Honorable Harry K. Thomas, Jr. to the Committee’s Board of Trustees, effective June 15, 2021. Ambassador Thomas retired from the Foreign Service in 2018 following a distinguished 34-year career, holding several senior positions at the U.S. Department of State and the White House—thrice serving as an ambassador. Currently he serves as a Kissinger Senior Fellow at Yale University’s Jackson Institute and is also a Senior Strategic Manager at the United States Special Operations Command (USSOCOM). In addition to these roles, Ambassador Thomas contributes to other organizations as a private business consultant and international affairs lecturer

On the announcement, Mr. Shafer shared that “the NCAFP is thrilled to have a diplomat of Ambassador Thomas’ knowledge and character join the Board of Trustees. The entire organization looks forward to his insights and participation in our wide array of conferences and discussions.”

During his time in the Foreign Service, Ambassador Thomas served as ambassador to Zimbabwe, the Philippines and Bangladesh. He also served as the State Department’s Executive Secretary and Special Assistant to Secretary Rice, Director General of the Foreign Service and Director of Human Resources, Director for South Asia at the National Security Council and Director of the Operations Center.

The National Committee on American Foreign Policy and the Board of Trustees welcome and look forward to working closely with Ambassador Thomas, as he brings with him unparalleled experience and energy that will greatly contribute to and grow the timely and critical work of the Committee.