Home US Sec in the 21st Century What’s Next for the Western Balkans?
08Nov

What’s Next for the Western Balkans?

What's Next for the Western Balkans?
Perspectives from Europe 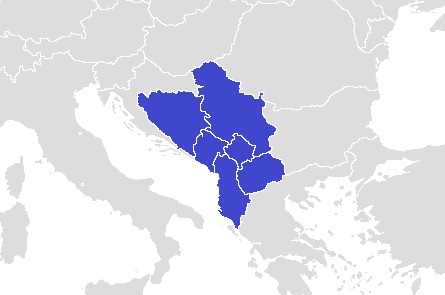 The last several years have been quite active for the Western Balkans.  Montenegro acceded to NATO and weathered a major external attempt to influence its political processes; Macedonia has made headway in resolving its long-standing name dispute with Greece; speculation abounds that Serbia and Kosovo are working towards a controversial deal to advance the normalization of their relations; and Croatia acceded to the EU.  In spite of progress made, these issues, among others, raise more questions than answers about the future prospects for the region  vis-a-vis the EU, NATO and their own bilateral relations.  Join the NCAFP and our distinguished guests from the diplomatic corps in New York for a discussion of the future prospects for the Western Balkan region and an explanation of the role various actors can play in the region.

Previous article A Conversation with David E. Sanger Next article Transatlantic Alliances in a New Era
All Events