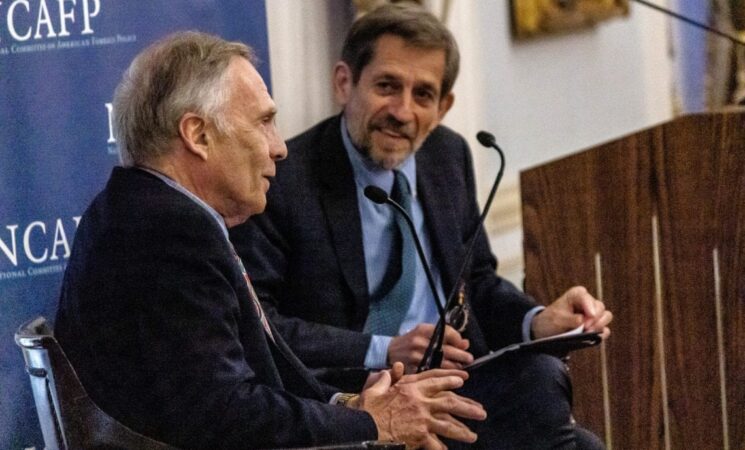 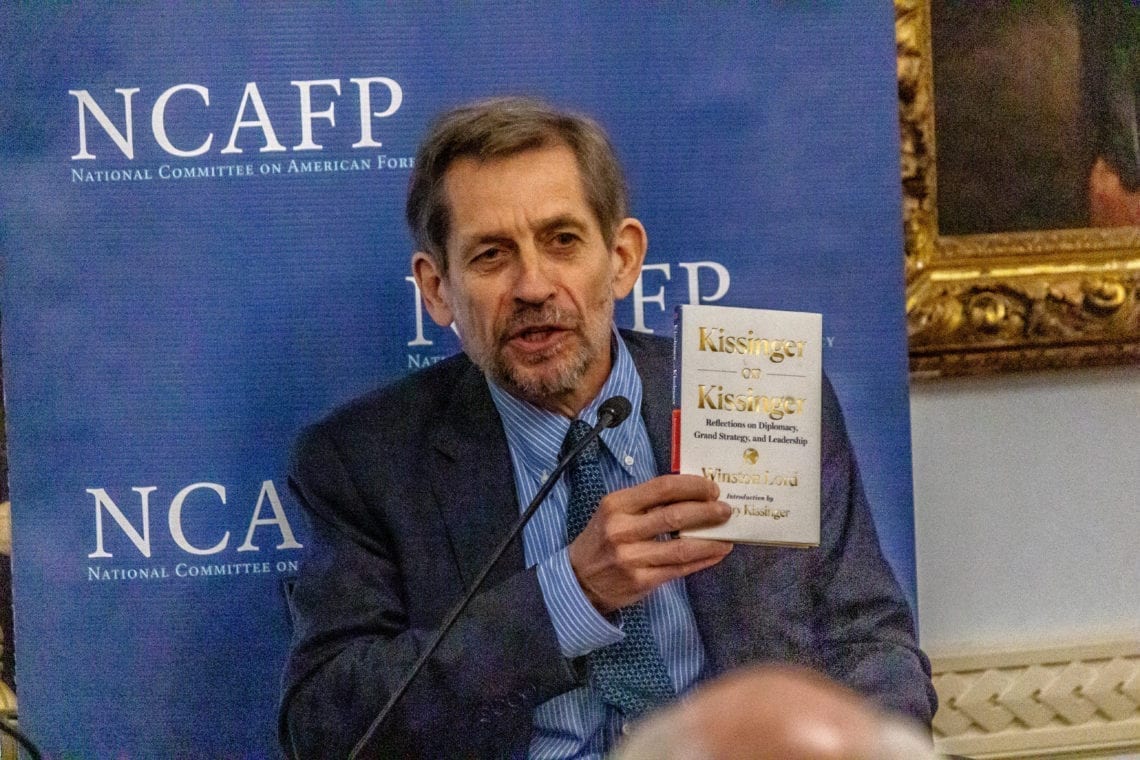 June 3, 2019 saw the National Committee on American Foreign Policy host Ambassador Winston Lord and Dr. Thomas E. Graham for a conversation on American Foreign Policy, Then and Now.  Their discussion was framed quite broadly on how the challenges faced by the United States in the 1970s—China, Russia, Iran, the Middle East and non-proliferation—continue to resonate today. 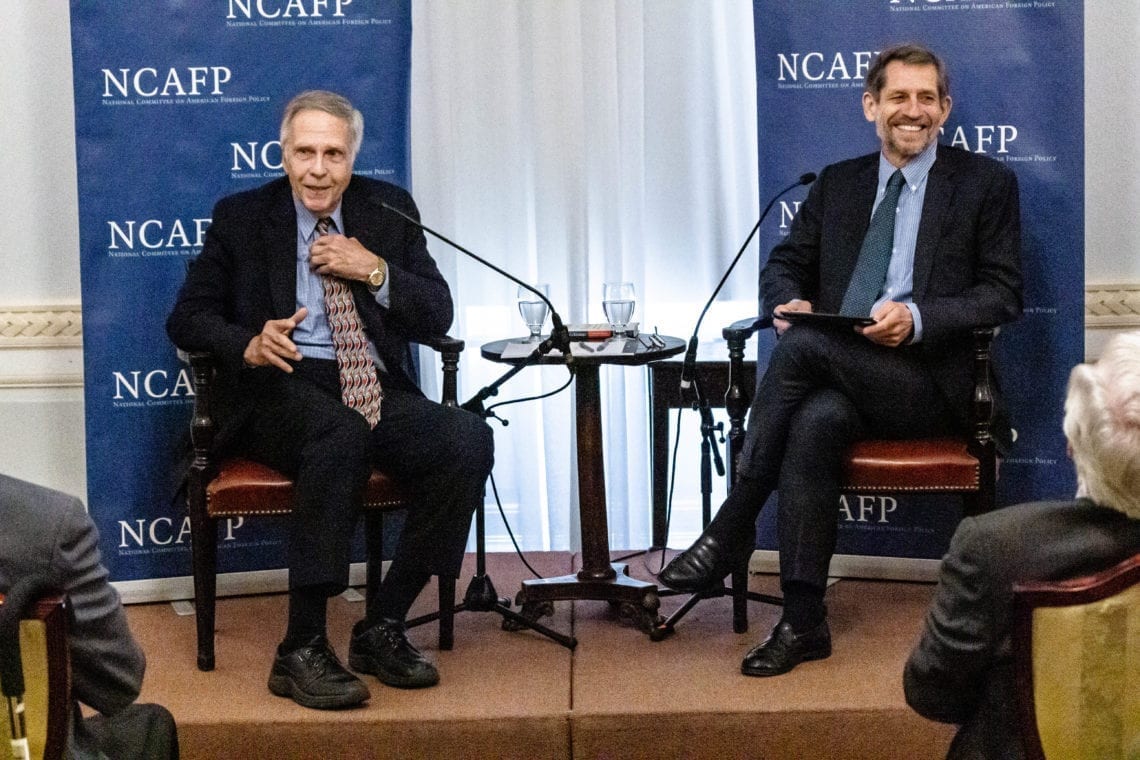 Amb. Lord and Tom Graham share a candid moment with the audience

The event was inspired by the launch of Ambassador Lord's new book, Kissinger on Kissinger: Reflections on Diplomacy, Grand Strategy, and Leadership.  Within, he engages Kissinger in a series of interviews discussing the challenges of directing foreign policy during times of global tension.  Lord was the only official at Kissinger’s side for all his major diplomatic adventures. Furthermore, Lord, a former U.S. Ambassador to China, is a long-time friend and confidant of Dr. Kissinger's.

Ambassador Lord's book can be purchased by clicking here.

Previous article Strategic Mistrust Toward the DPRK in the US Policy Community Next article US-China-Japan-Korea-Russia: Promoting Multilateral Cooperation