Home Board of Advisors The Honorable Matthew Nimetz

Matthew Nimetz is a former Advisory Director at General Atlantic LLC. He joined the firm in January 2000 as Chief Operating Officer and is based in New York City. Mr. Nimetz was a Partner and Chairman at Partner, Paul, Weiss, Rifkind, Wharton & Garrison in New York City, where he concentrated on corporate and international law from December 1980 through January 2000. Prior to December 1980, he served as an Under Secretary of State for Security Assistance, Science, and Technology from February through December 1980 and as a Counselor of the Department of State from 1977 to 1980. In those capacities, Mr. Nimetz supervised United States security assistance programs and the Department’s international scientific and technological programs, including scientific and technical cooperation, nuclear nonproliferation issues, environmental matters, and international communications activities of the United States government.

He also supervised, among other things, United States policy on the Eastern Mediterranean (Greece, Turkey, and Cyprus) and relationships with Eastern European countries. From March 1994 through September 1995, Mr. Nimetz served as the President Clinton’s Special Envoy in the mediation of a dispute between Greece and the Former Yugoslav Republic of Macedonia. Mr. Nimetz previously practiced law as an Associate and Partner at Simpson Thacher & Bartlett between 1969 and 1977.

He served in 1974 as an Executive Director at NY Governor-elect Hugh Carey’s transition. Mr. Nimetz’s previous federal government positions include service as a Staff Assistant to President Lyndon Johnson from July 1967 to January 1969 and as a Law Clerk to Justice John M. Harlan of the Supreme Court of the United States from 1965 to 1967. In addition, he served as a Commissioner of the Port Authority of New York and New Jersey from 1975 to 1977. Mr. Nimetz serves as a Member of the Council on Foreign Relations, a Member and former chair of the Center for Democracy and Reconciliation in Southeast Europe, a Trustee of Central European University, and a Trustee of Committee for Economic Development. Mr. Nimetz served as the President at Harvard Law Review. He served previously as the Founding Chairman of World Resources Institute, as a Director of The Nature Conservancy of New York, a Trustee of Williams College, Chair of the Advisory Committee of the Levin Institute of the State University of New York, and a Director of The Revson Foundation and The Nature Conservancy of New York. Mr. Nimetz also served as the Chairman of the United Nations Development Corporation, as an Appointee of Mayors Koch and Dinkins from 1986 to 1994. 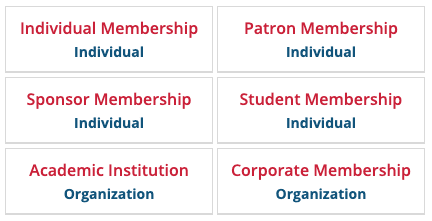