The National Committee on American Foreign Policy (NCAFP) held its 45th Anniversary Gala Awards Dinner at the Metropolitan Club in New York City on October 23, 2019. The organization brought together over 200 luminaries from the worlds of politics, business, finance, academia, and the arts to celebrate the organization’s 45 years of excellence.

The NCAFP was thrilled to present the George F. Kennan Award for Distinguished Public Service to Ambassador William J. Burns, President of the Carnegie Endowment for International Peace, the Global Business Leadership Award to Larry Gagosian, Founder and owner of Gagosian, and the Award for Excellence in Cultural Diplomacy and International Engagement to Wynton Marsalis, Director of Jazz at Lincoln Center.

It was an evening of both celebration and reflection, as captured by NCAFP President and CEO Ambassador (ret.) Susan M. Elliott: “Given current world events, the work of the NCAFP is just as relevant, if not more, today than it was when Hans Morgenthau formed the organization in 1974.”

This year’s honorees included accomplished figures from the foreign policy community, as well as from the arts. Ambassador Donald Blinken highlighted the important connection between the two: “Soft power is an important tool in exporting democracy.  Together with American museums and art fairs, American art dealers connect the visual arts to a global audience.  A pioneer in forging these connections is our honoree, Larry Gagosian.” 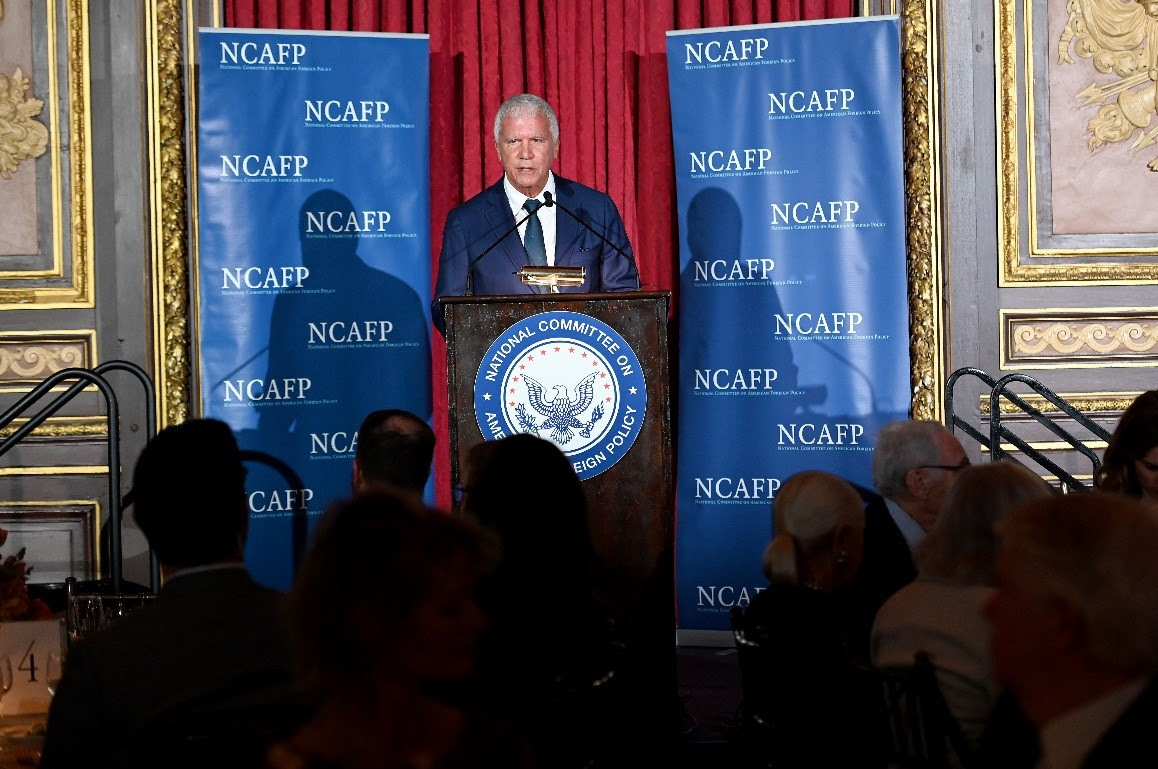 The George F. Kennan Award for Distinguished Public Service was presented to Ambassador William J. Burns by Chairman Emeritus Grace Kennan Warnecke. In her introduction to Ambassador Burns, Grace reflected on the similarities between George F. Kennan and this year’s recipient of the award that carries his name: “They both have made enormous commitments to the Foreign Service of the United States, which they represented with distinction for so many years, in both good times and bad.” 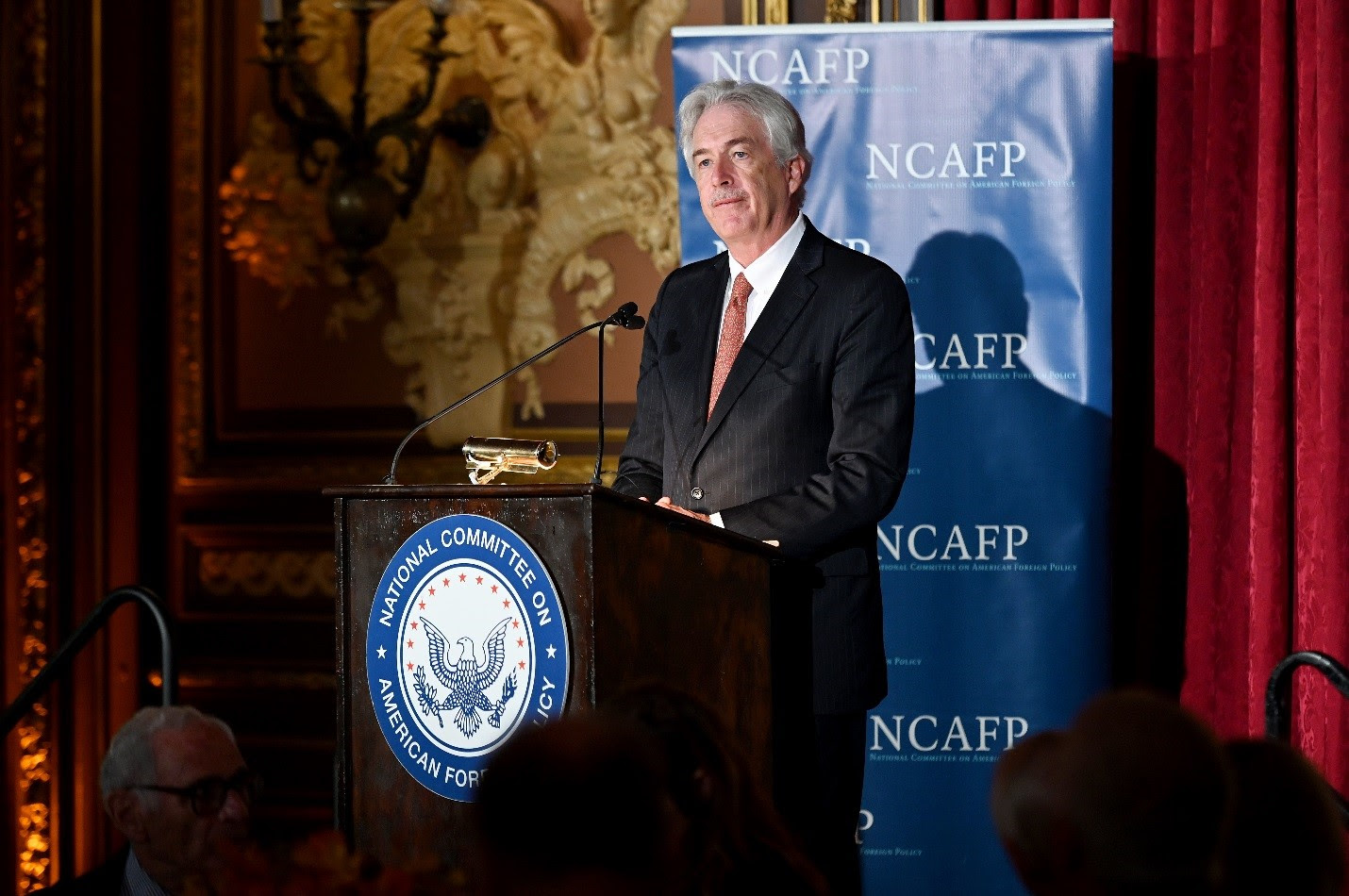 Chairman Jeffrey Shafer introduced the final honoree of the evening, Wynton Marsalis, with the Award for Excellence in Cultural Diplomacy and International Engagement. He voiced the power of his jazz as a tool for soft diplomacy that builds connections throughout the greater world: “He does with music what we try to do through talking—bring people closer together with a better understanding of each other as a way of diffusing tensions.” 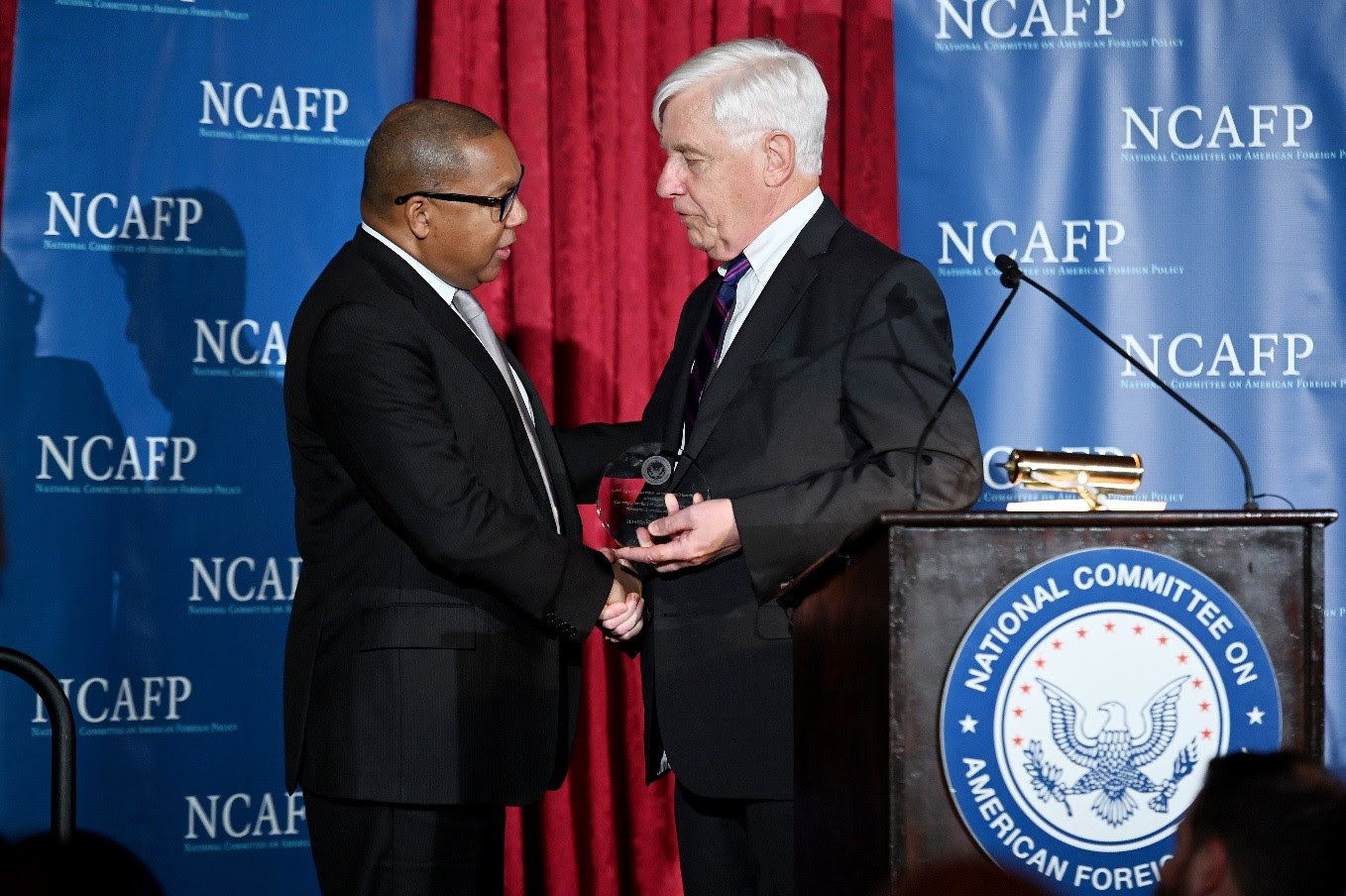 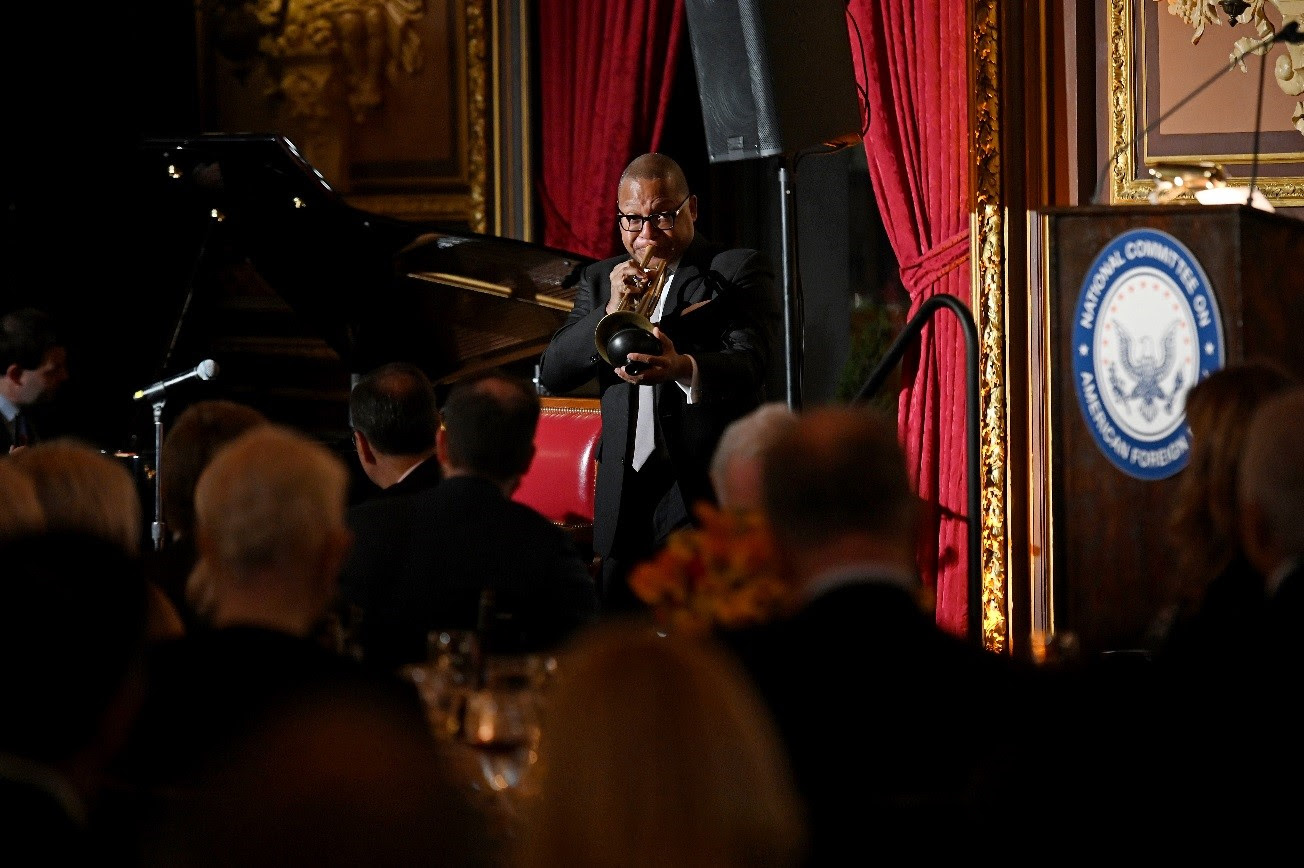 The NCAFP would like to thank this year’s honorees and our many generous supporters. The annual Gala Awards Dinner is the organization’s largest fundraiser, with proceeds going towards NCAFP programming on Asia, Europe, and the Middle East. If you were unable to attend and would like to make a contribution, you can do so by clicking here.